13 Miles offshore, Diamond Shoals Light Station is the dream of the treasured Replace client, Dave Schnieder. The Diamond Shoals area of the Atlantic has always been a very dangerous navigational area for ships. Prior to the Light Station, light ships were used as navigational lights. The Diamond Shoal Light Station was put into service in 1966, acting as a manned Coast Guard station from 1966 until 1979. In 1979 the light was automated, without the need for a crew, and only periodically serviced by the coast guard. In 2001 the light was extinguished due to the widespread use of GPS. The station has been vacant since that time. Replace designed the larger brand identity system as well as this web experience to invite the partners needed to rehab this exciting station. The Diamond Shoals Light Station was built on a “Texas Platform”. These structures were originally developed to be used for oil drilling platforms in deep water drilling environments, sometimes as deep as 200 – 300 feet. The station was erected in only 50 feet of water and its structural pylons are embedded more than 150 feet into the seabed. It was built to last! DSLS is a multi-level structure. The lighthouse tower itself, which extends 120 feet above the water, sits on the 75’ x 75’ main helicopter platform. The living quarters, with over 5,500 sq. ft. of living space, lies below the platform and includes 7 bedrooms, rec room, galley, eating area, office, radio room, generator room, rest rooms, and over 11 other storage and utility rooms. The bottom level is an exterior maintenance deck. Below the water’s surface, the station’s structural pylons are a magnet for sea creatures, so sea life thrives.  www.diamondshoalslight.com 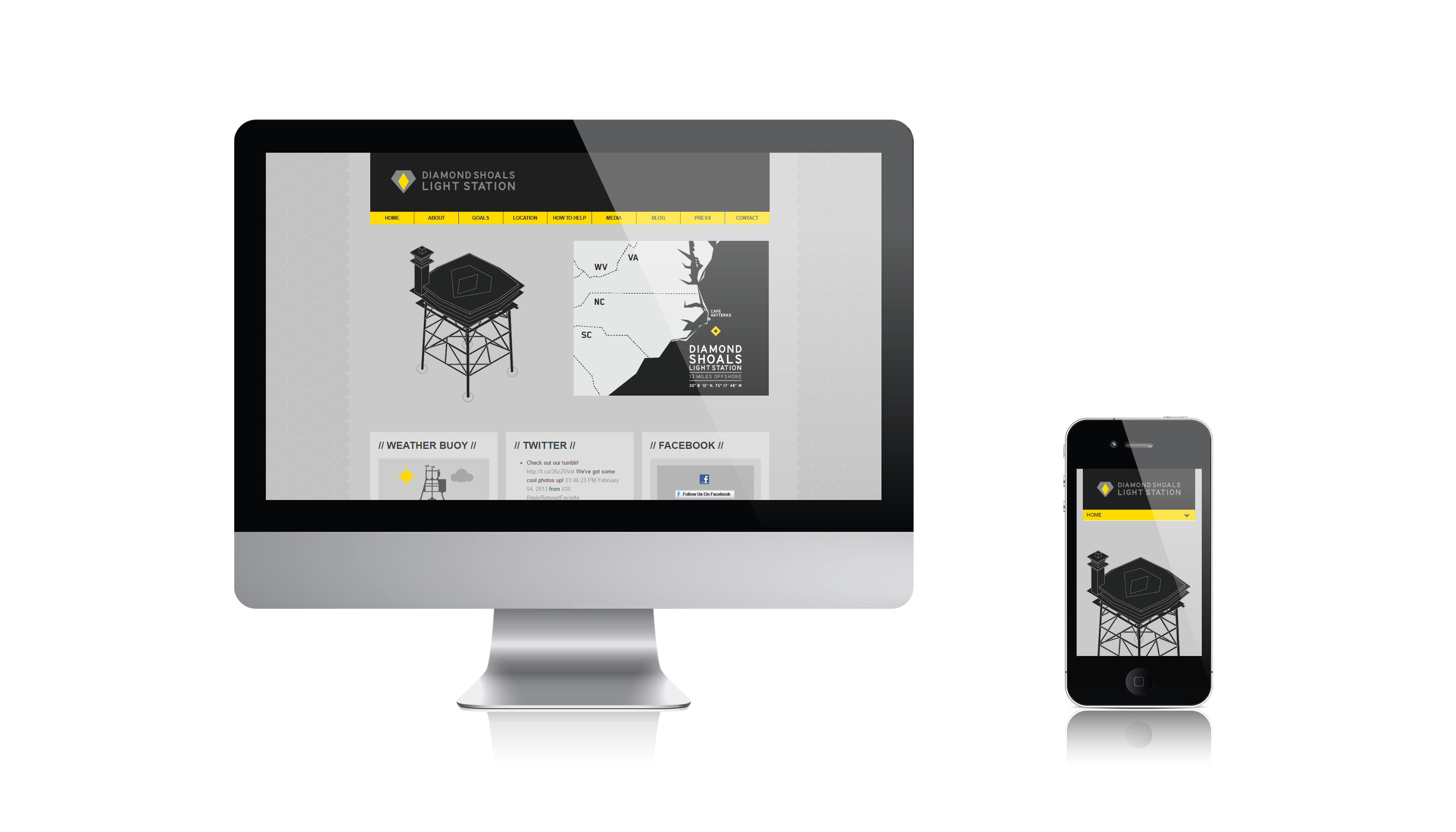