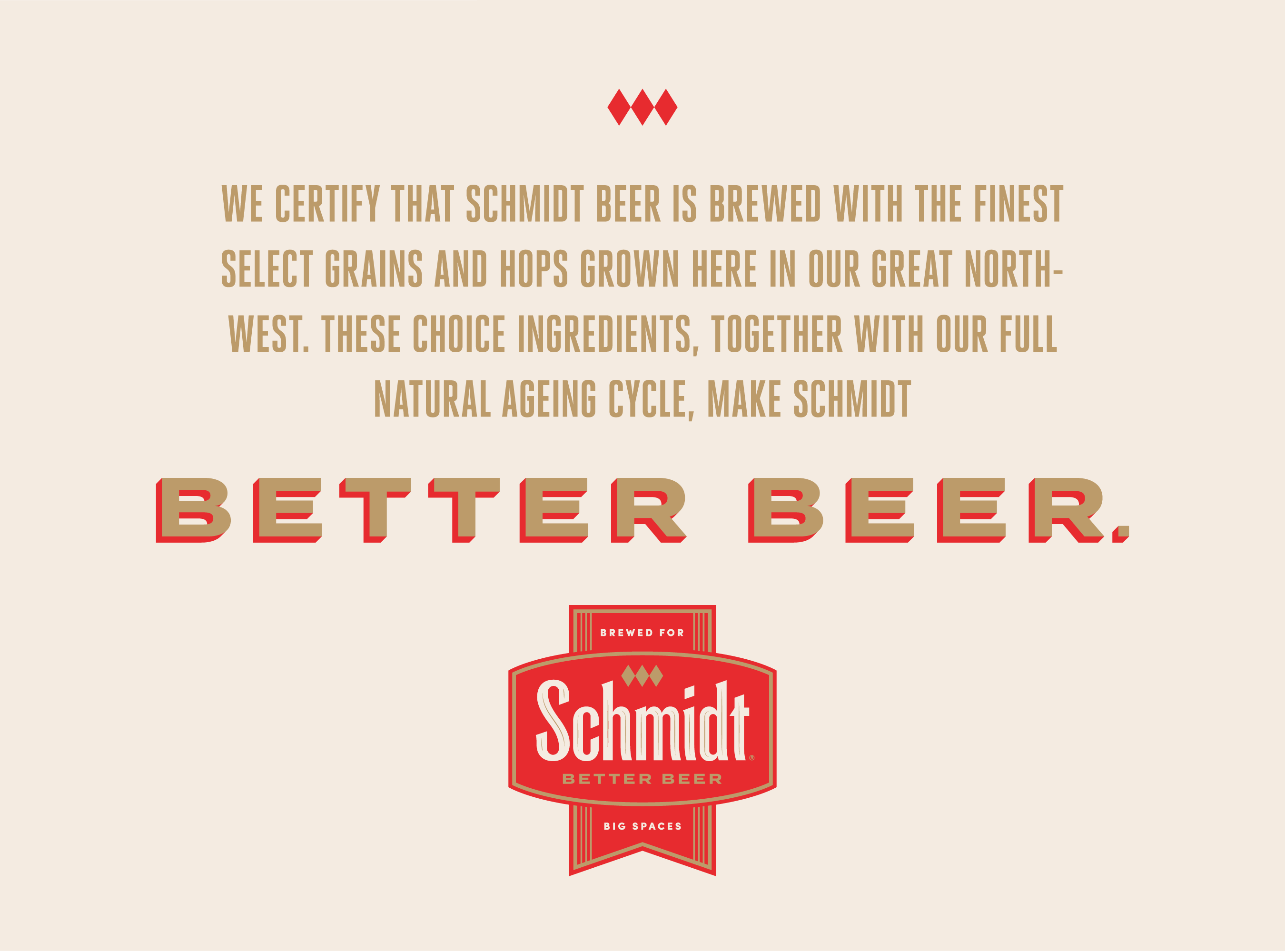 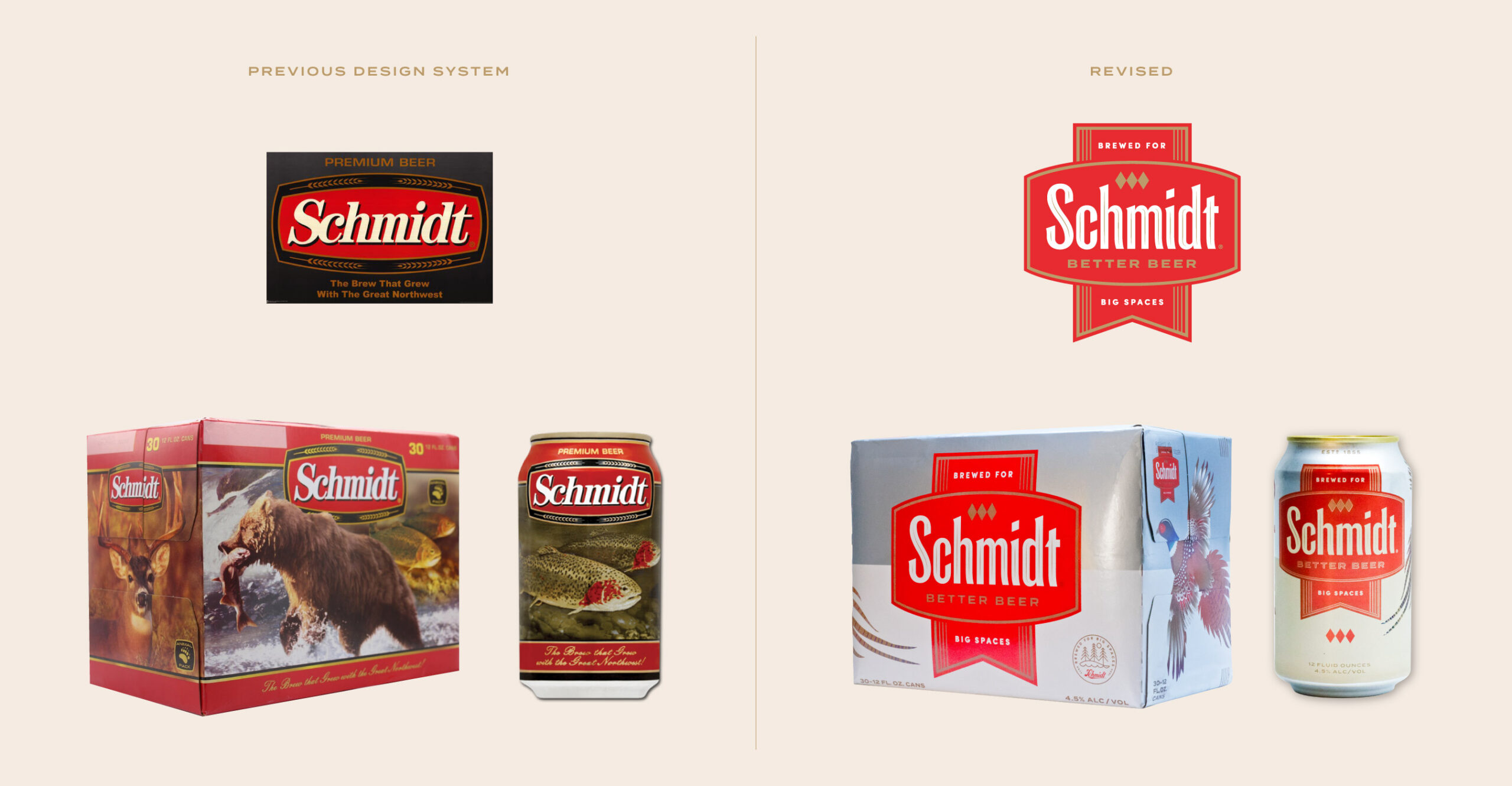 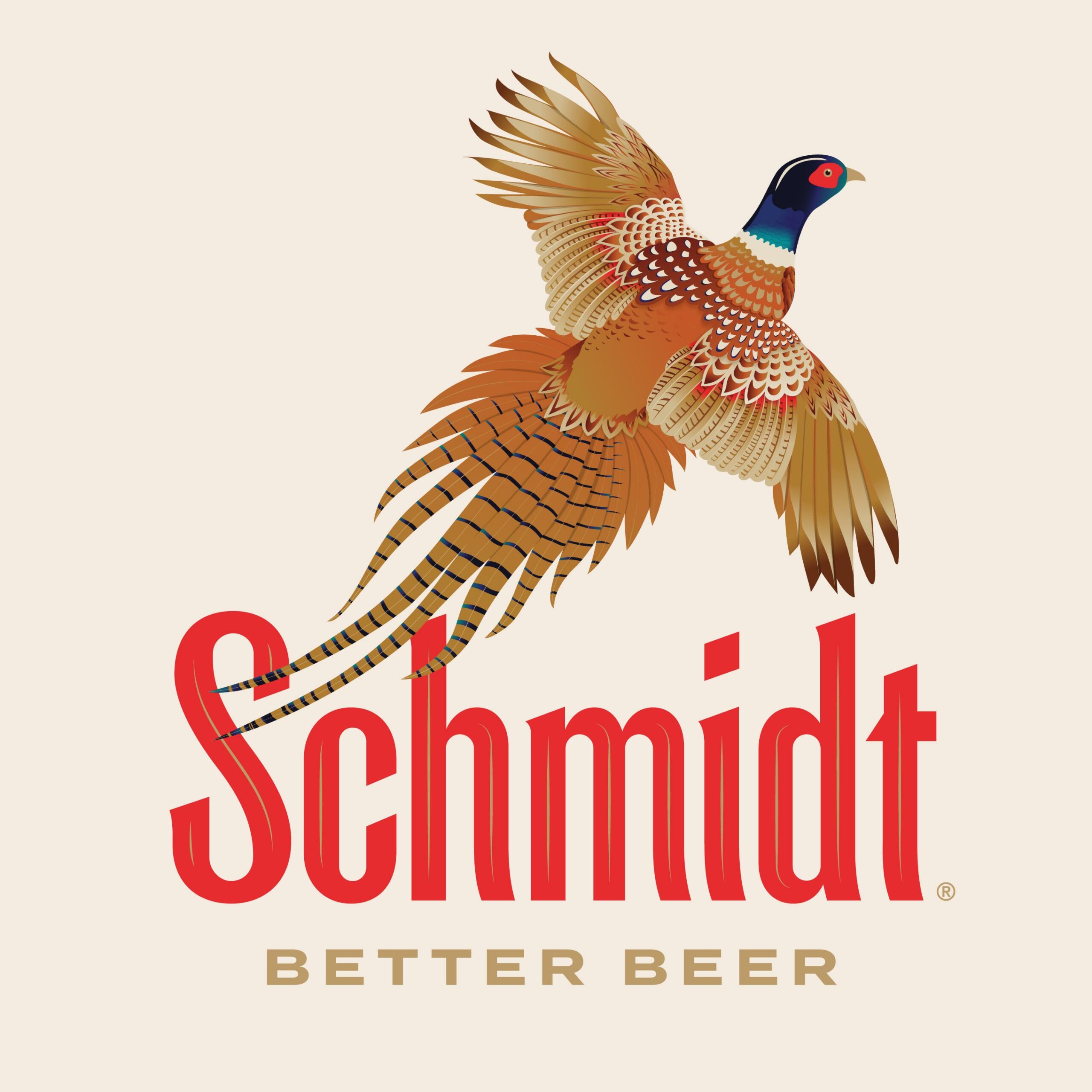 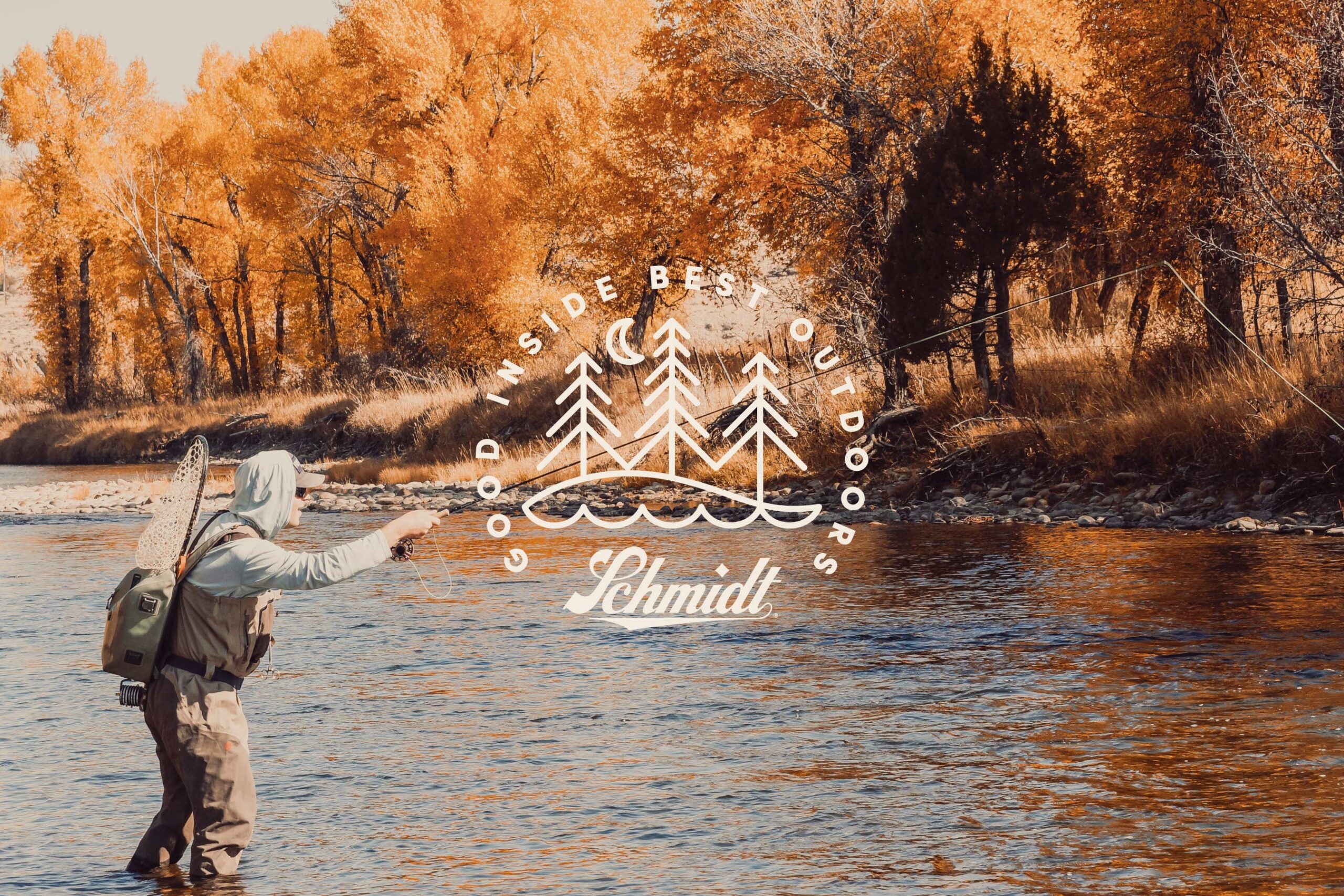 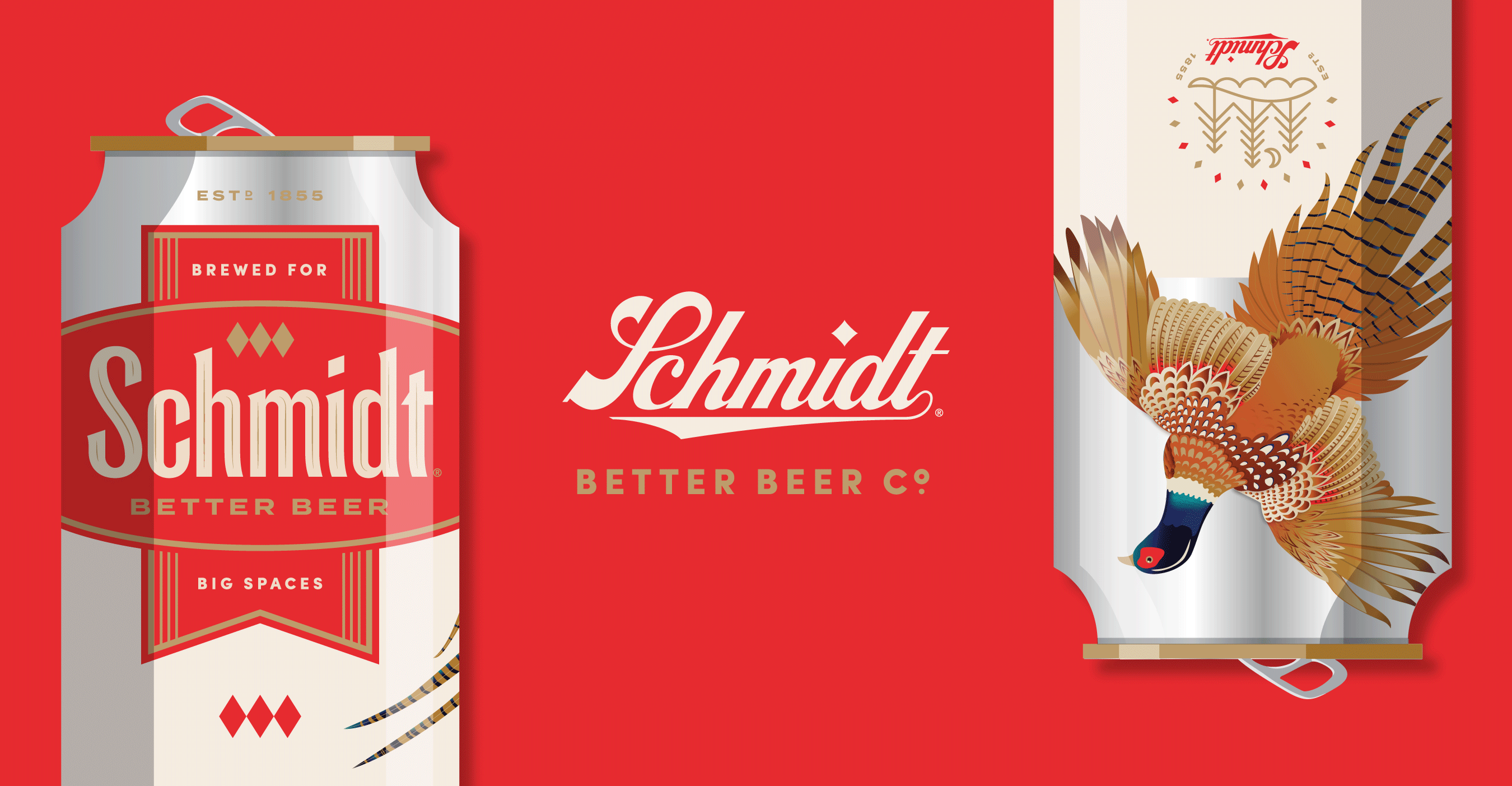 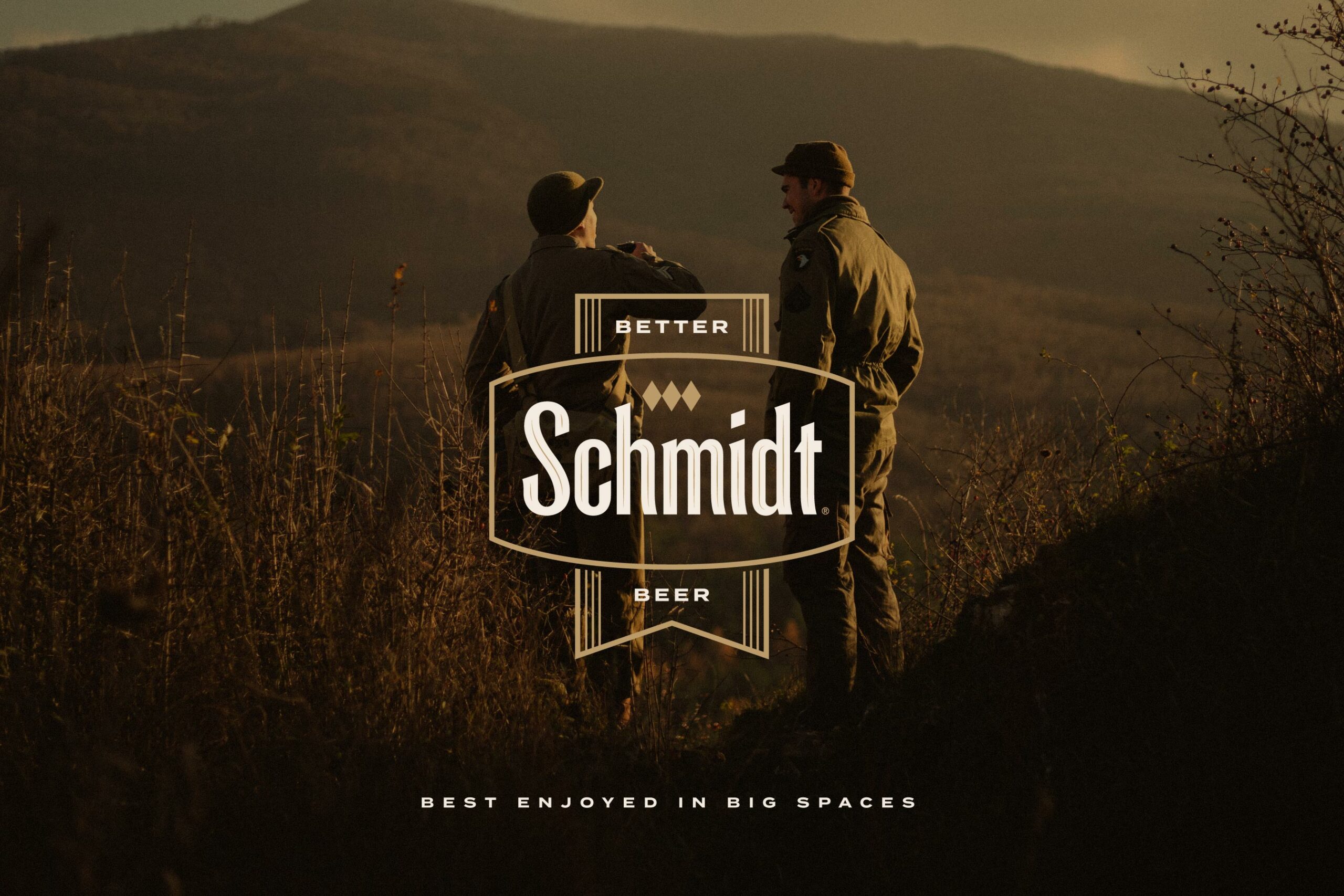 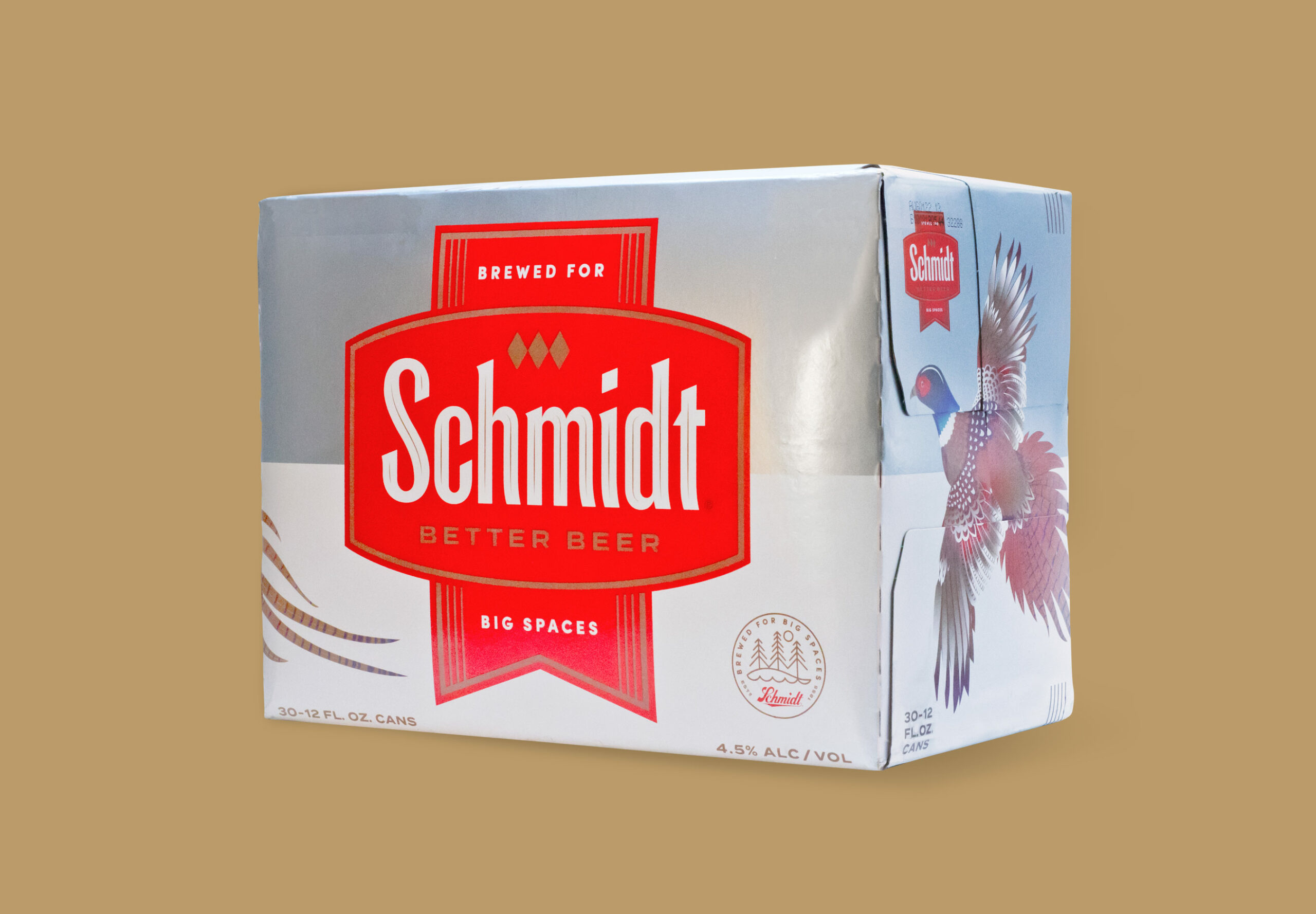 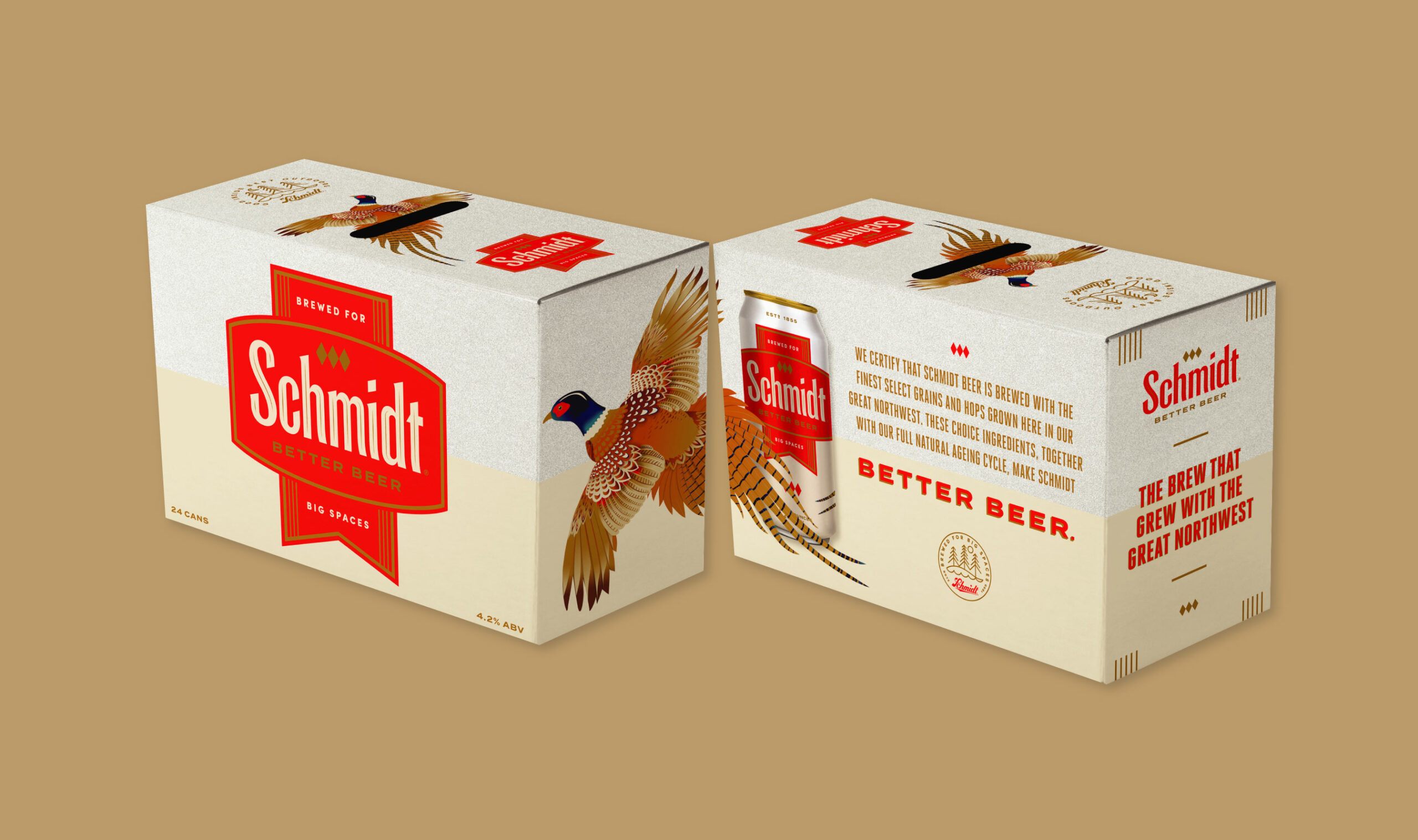 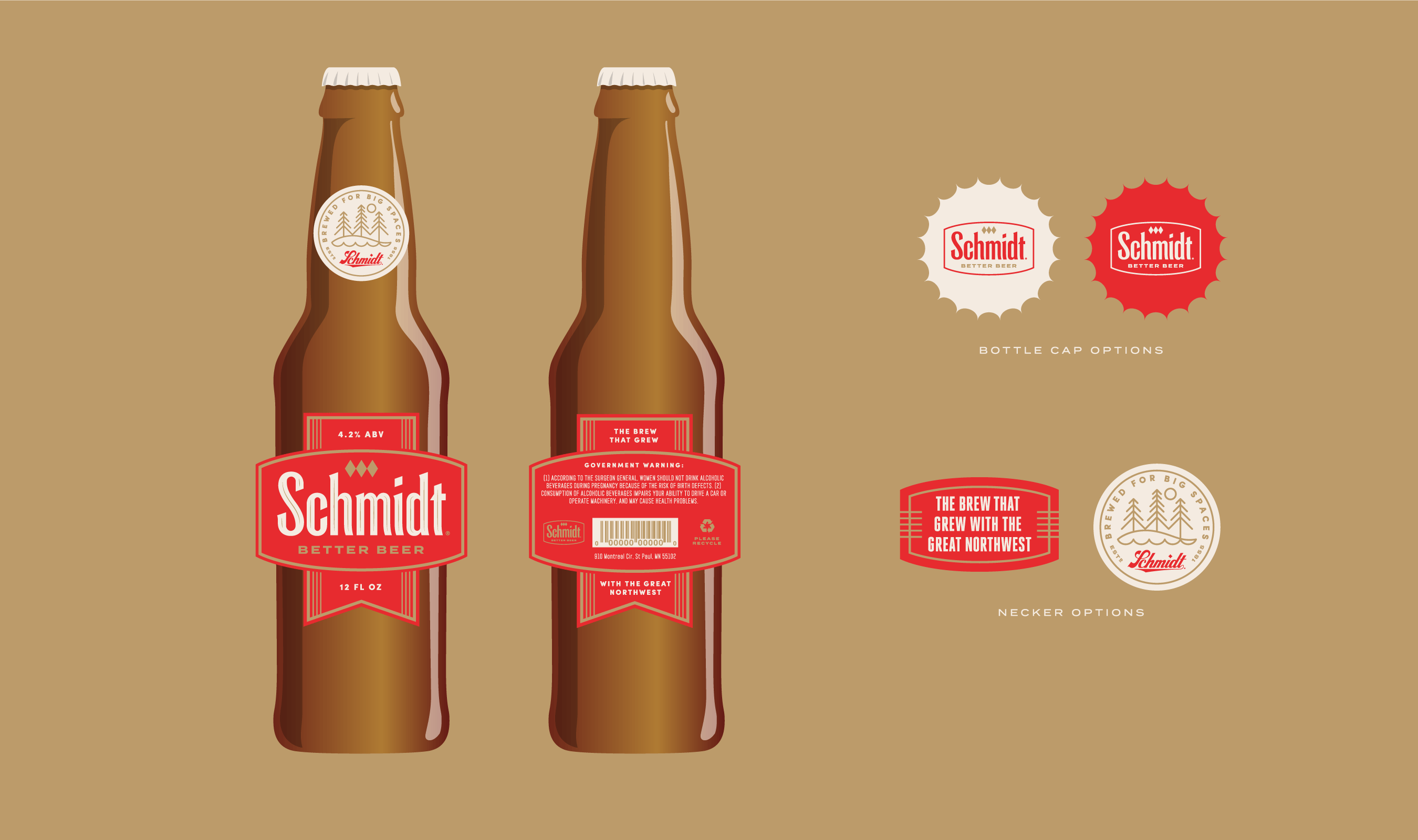 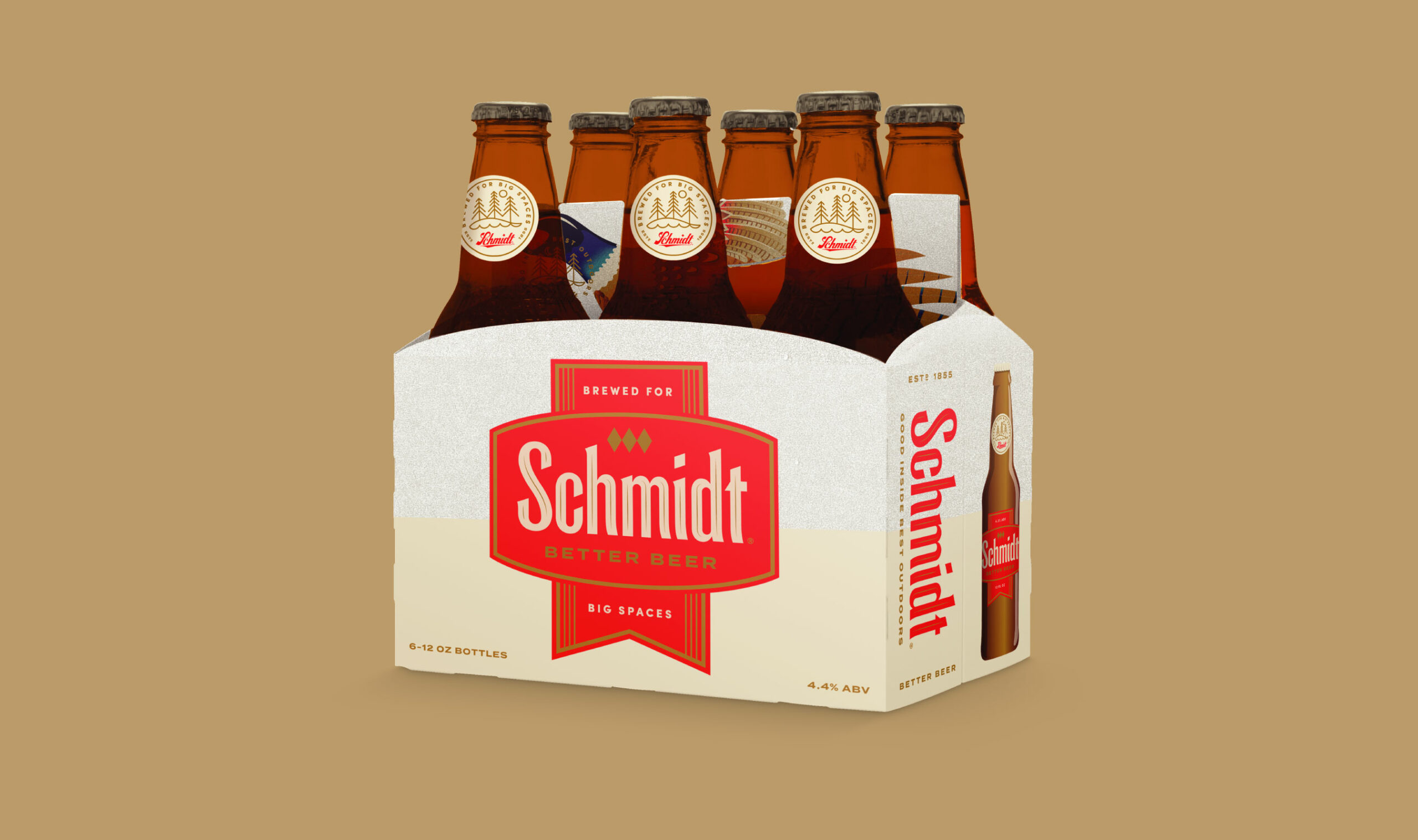 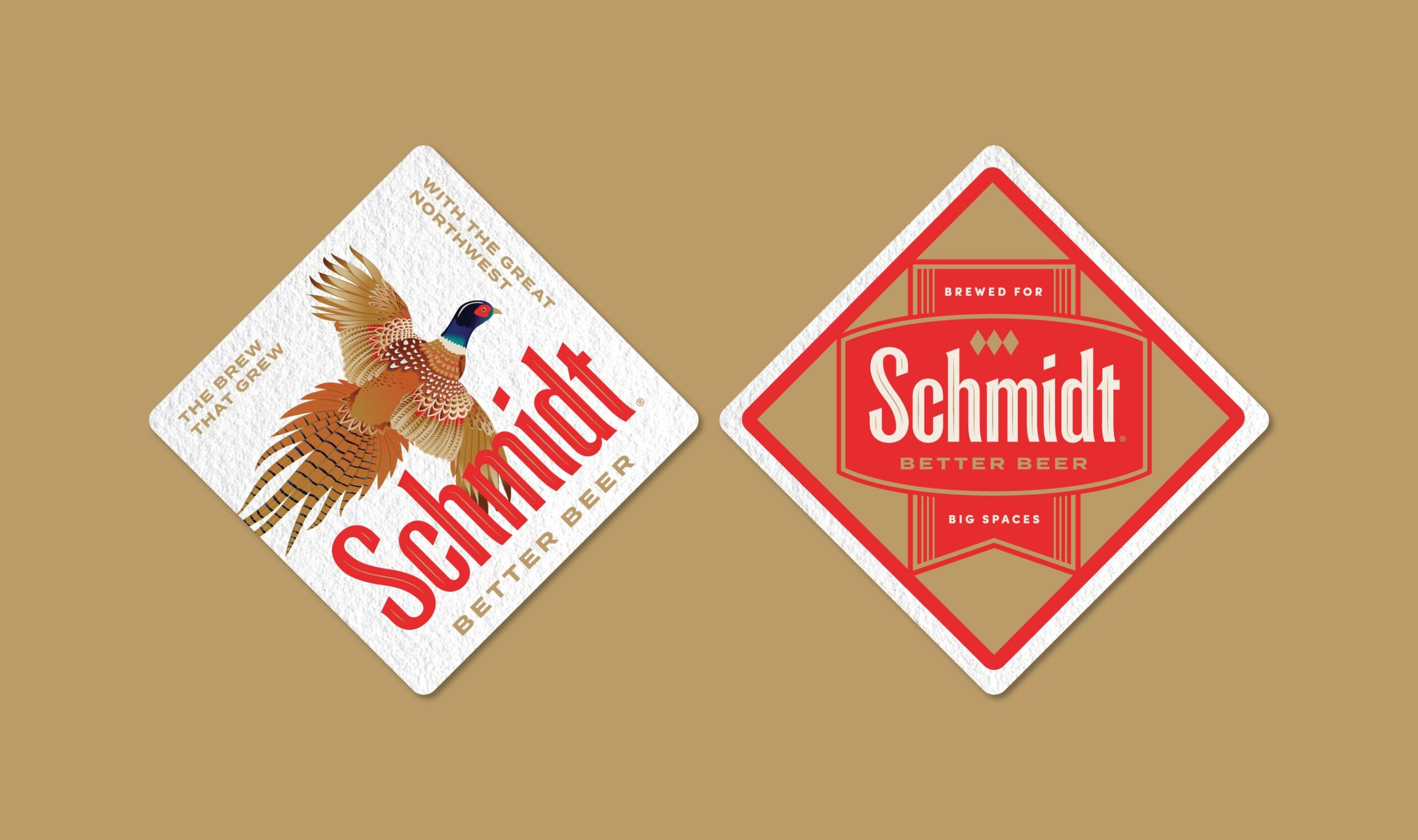 With the Great Outdoors running thick through the past Schmidt® brand and packaging we wanted to honor that, eventually landing on an illustrative approach for the pheasant that adorns the can and 30 pack. We also revised both of the historic logotypes for Schmidt, landing on something new but that tips its hat to the brand’s past glory.